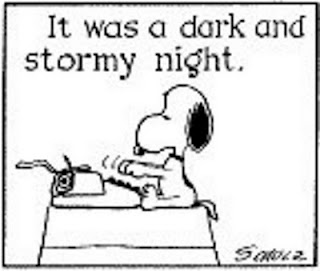 I’ve been wondering why so far this blog has been almost solely focused on reading, with no posts on writing (something that also interests and binds together both Alisons). In the midst of these thoughts I saw that the time has come for submissions to the elusive Amazon Breakthrough Novel Award. Elusive, not only because of the incredible prizes, but also because aspiring novelists have less than a week to submit their manuscripts. The start date began yesterday, and you can submit your finished manuscript here until February 5th or until they’ve received 5,000 novels, whichever comes first.

Maybe, I have been living under a rock, because even though this is the award’s fifth year, I didn’t learn about it until last year. At the time, I thought I’d have a finished manuscript by this year … In fact, last night when I saw it was that time again, part of me just wanted to submit what I have, as is. It doesn’t cost any money, so what would the risk be? Then I remembered that I changed the father to an uncle, along with many of the main characters’ names at various points in the word document. Another dream deferred.

But if you are in the position of being an unpublished or self published first time novelist with a finished novel you don’t know what to do with, this might be a great opportunity.  There are two categories, Fiction and Young Adult, and various rounds of elimination. I thought I’d try and explain these rounds here but instead will direct you to this link (which explains the whole thing better than I could).The winners of each category not will receive a publishing contract from Penguin, a $15,000 advance, and publicity from Amazon and other contest sponsors, Penguin, CreateSpace, and Publisher’s Weekly).  There are some downsides, so make sure you read the fine print before you commit to anything. For example, the rules state: Manuscripts submitted as entries to the Contest cannot be actively shopped by agents during the contest period, which runs from January 23, 2012 to June 16, 2012.

That can is a long time to wait to start soliciting agents. It probably depends on your schedule and how much time you’ll have in the next 6 months to researching representation and writing query letters.

I wouldn’t suggest hurrying to finish what you’ve been working on, or, god forbid, starting something new in order to submit it by Feb 5. I thought I’d share this opportunity in case anyone was out there with a finished, polished, but unpublished novel on their hands. I am incredibly jealous, but more power to you. Hurry up and submit before the competition fills up, and let me in on the secret to your success!