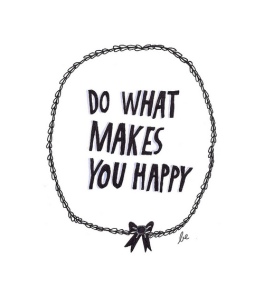 Last year when I started blogging, I was also beginning another adventure of sorts. In one of my first posts, I wrote about not being as settled or “adult” as I expected to be during the first week of a new job in fundraising. And I ended the post saying that I would keep everyone updated on my progress, or my digression.

Well 15 months later, an update is probably overdue. About a month ago, I resigned and gave notice at my job. Last Friday was my last day of work. I don’t want to get into the many problems/gripes that lead to this decision, but I will say that I never felt comfortable in the position (i.e. never moved out).  What comes next is (hopefully) more interesting than anything that has happened in the last year.

After lots and lots of time thinking I decided to take time off to (again hopefully) finish a young adult novel I’ve been writing since shortly after graduating. In the hope that a new location will be helpful in cultivating new habits, I’m also moving to my grandparents’  house in Big Sur in two weeks. 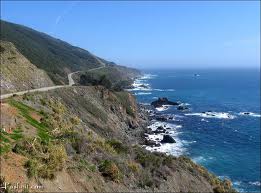 While I have generally considered myself a person that above all-else hates changes and loves both certainty and routine, there are alarming number of I don’t knows piling up in my life. I don’t know if I will be successful, and furthermore I don’t know what success means to me. I don’t know how long I will be on this journey. I don’t know where it will take me. I’m trying to embrace this.

What I do know, is that it feels like since graduating it feels like I’ve been juggling all my potential futures, unwilling to let any of them fall. Many of these things are not mutually exclusive, but some of them are. And in trying to protect all possible futures, I think I made myself miss out on more experiences than I’ve gained.

I don’t think this is an uncommon reaction to graduating without a plan (see Courtney Garcia’s Why Being in Your 20s Blows), nor is it the first time I’ve taken on too much. The first time I tried to write this novel, I thought that if I could write it during my 6 week winter break it would be great because then I might not need to find a job after graduation. I also planned to lose 20 pounds and learn to play the guitar over that break. Needless to say, none of that happened.

So it’s time to set down most of the balls, burn my boats, and really explore what I’ve wanted to do most for a very long time. Write. I’ve hit a plateau in the last few months, and think that being able to devote the majority of time and focus to this endeavor will let me know if this is something I really want to do, or if it just something I have been unwilling to let go of because I’ve wanted to pursue it since I was in high school.

For so long, I think I’ve felt a bit unworthy of being a writer: a large and complicated subject that I will save for a future post. I’m hoping for a few months of beautiful views, meditation, hiking, and of course writing. As well as being closer to a best friend and fellow book blogger! I don’t know if I am following my dream or finding my dream. While it does sound really magical, I don’t know if a book deal is the dream. Self-publishing could be interesting. More clarity on graduate school would also be nice.  What I hope is that by doing things I want to do, I will end up where I want to be.

So more than a year later. No apartment. Nothing really figured out. Less certainty, more reliance on family, and a new pair of hiking boots. But there is more confidence and more excitement. And a whole lot more hope. I’ll let you decide if this is progress or digression, and I’ll keep you posted.