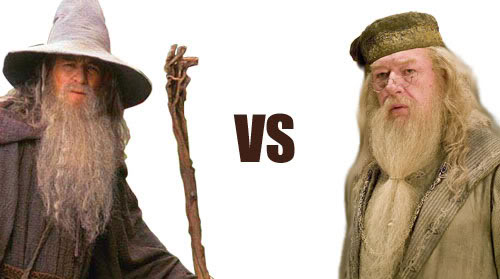 Okay, so maybe Gandalf, Dumbledore, and Merlin are all considered to be father figures and not romantic heroes. And perhaps old wrinkly men and long, long white beards aren’t your thing. But if the BBC’s Merlin has taught us anything, it’s that these old wizards were once young and they could be pretty cute. So, as per usual, let us know in the comments who you would marry, who you would date, and who you would dump when faced with these three magical contenders. You can decide based on your favorite book or film, by who seemed cooler when they were younger, or even who you think looks the best in a pointed hat. You can also say that you want to “just stay friends” with all of them. But isn’t it more fun to buckle down an choose?