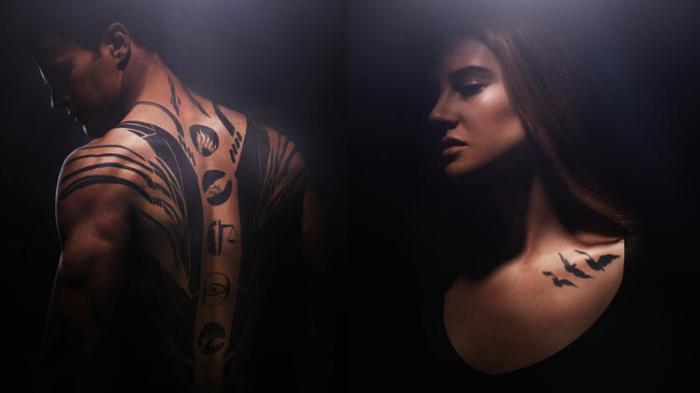 I finally saw the Divergent movie on Tuesday, and overall I really enjoyed it. Divergent wasn’t my favorite book of all time, but I felt really engaged in the series. The film follows the book pretty closely. Of course some things were edited out for time, but there are no major departures (that I noticed) from the text.

As someone who’s watched more Secret Life of the American Teenager than I would like to admit, I was a little worried when I heard Shailene Woodley would play Tris (and frankly more worried about her playing Hazel Grace in TFiOS), but she was fantastic. Even better, was Theo James as Four – who was pure perfection. I’m going to keep this short (and relatively generic) because I don’t want to put any spoilers in. To me the earlier parts of the movie while Tris is training with her faction are a little less developed than in the book (especially getting to know the different characters), but the final scenes in the movie were much clearer and simplified.

Overall, I think fans of the books will be happy with this adaptation. I was happy to see the movie have a strong opening weekend, especially since some other YA adaptations haven’t done as well in the last year.

If you’ve seen the Divergent movie, what did you think? If not, do you think you will go see it? What other movie adaptations are you looking forward to?

I’m pretty excited to see The Fault in Our Stars this summer, and was thrilled earlier this week to learn about the Paper Towns movie.