*One of my favorite books I’ve read this year – Truest, by Jackie Lea Sommers – came out this week! Here is my review!*

I’ve been excited about reading Truest, by Jackie Lea Sommers, for a long time. A really really long time. Why? Because I’ve been reading her blog since before she even got an agent. And because after she wrote this guest post about belonging to a writing group, Jackie and I stayed in touch and she such a big inspiration and support on my writing/grad school/hopefully eventually publishing journey. She is such a caring person and her blog posts are so well-written and interesting that I couldn’t wait to get the book in my hands. Those were the reasons I was excited to read Truest. After finishing the book (in basically one sitting) here are the reasons you should be excited about it…

The story follows small-town pastor’s daughter, Westlin Beck through the summer before her senior year. In the beginning, she seems like she has everything figured out. Her father is one of the most respected men in town.West has a soul-sister, best friend and a football star boyfriend and a summer business detailing cars that’s become very successful. Cue her father not having enough time for the family, her best friend and boyfriend both getting summer jobs that take them away from town, and the appearance of the new and mysterious Hart family. With Silas Hart, a philosophical and poetic track star who’s nothing like the boys West has grown up with, and his twin sister Laurel who has a secret the entire family is trying to keep, West’s summer isn’t going according to plan at all. Which may or may not be a good thing – you’ll have to read the book to find out. 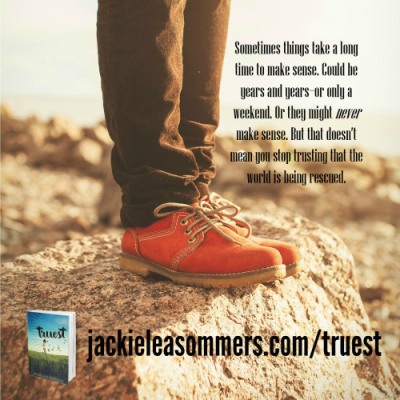 I loved this book, and not just because I like Jackie so much. West was such an interesting and relatable character. Even in the beginning her outer image didn’t match her inner feelings in such interesting ways. Despite all the pressure on her as the pastor’s daughter, West still cared more about morality than image. I also loved that she was this intelligent, strong, female character who still felt paralyzed sometimes by change, the future, and not knowing exactly what she wanted.

I also fell hard for Silas. He’s basically the equivalent of a literary, nerdy girl’s wet dream. From his poems to his good looks to his (at times annoying but always witty) banter I was definitely team Silas from the first page he appeared on. He’s one of the only characters that I’ve read being compared to Augustus Waters and not rolled my eyes at. And that’s saying something, because you guys know how much I love TFiOS. 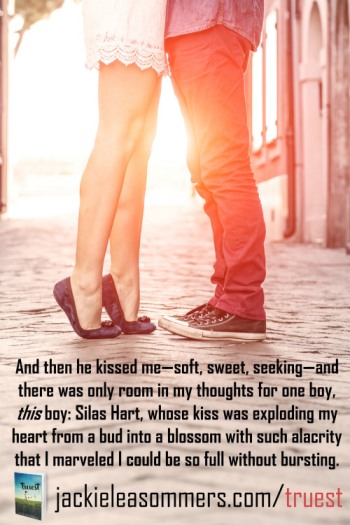 Also, just so I don’t leave Laurel out, I thought the sister’s storyline *which I can’t go into much because I don’t want to spoil it* added so much in both emotional and intellectual resonance to the story. This book has a lot of different things going for it, but Jackie weaves them all together expertly so no one element overwhelms the others.

While this is a summer book, it is not a light summer, romancey beach read. Don’t get me wrong. There is romance. But it also deals with big philosophical, moral, and religious questions. I don’t usually read novels with too much of a religious bent, but I thought the Christian elements made sense to the story here. Especially because of West’s family background. It didn’t bother me – probably because the book offers more questions than answers. But I think it is something to keep in mind when you are thinking about reading this book.

Which I really hope you do, because as a reader and writer it really blew my mind. I can’t recommend it to fans of unique, contemporary YA enough. I hope when the book comes out in September at least a few of you will come back and tell me what you thought of it!

*I received an advanced copy of the book in exchange for an honest review. All of my thoughts and feelings are my own.