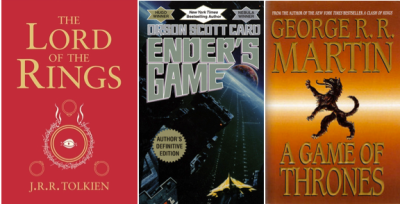 Happy February everyone. I picked three more beloved fantasy/science fiction series for todays game. Even as I’m typing this, I’m not sure which books I’m going to choose for which categories. For people new to the game, in the comments you say which book you would read (your favorite/perfect as is), which you’d rewrite (you like it, but there is something you want to change about it), and which you’d burn (your least favorite). Now for my turn … END_OF_DOCUMENT_TOKEN_TO_BE_REPLACED

Happy Sunday! I’m a little groggy today, because instead of going to bed early like I planned so that I would feel fresh in the morning to put together the blog post, do my NaNoWriMo daily writing, and study for the GRE (which I’m taking in less than a week!) I stayed up past three in the morning reading Along for the Ride, by Sarah Dessen. In honor of this late night reading, I thought I’d share a post suggests other authors for fans of Dessen’s books. Here are some other great links from around the web:

Which movies are you most excited for? Which ones do you want to hurry to read the book before the movie comes out? END_OF_DOCUMENT_TOKEN_TO_BE_REPLACED 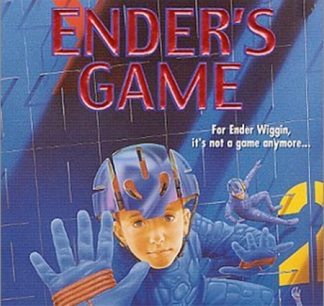 I obviously love to read. I think this love has defined most of my life choices and goals. Why? What is it about reading? It is books like Ender’s Game by Orson Scott Card.  Which I read last Fall for the first time, becoming enthralled not only with the excitement, the high stakes, the inordinately thought out future landscape, although all of these things did hold my interest. But mostly, it was a deeply felt connection with Ender that I’m not sure I can or want to explain.

For me connection with a character is the biggest determinant on if I like a book. And I will search throughout a book for some way to connect with the main character. But this connection went beyond my usual surface connection, like the main character and I have never been in love before, or both have divorced parents, or both like to read. When a friend asked me this deeper connection, and I replied, “nothing good” I was thinking about a mutual hatred of change, constant evaluation of situation and plotting, and a feeling of isolation, all of which were present but did not define my childhood.

I think the book served to expose an often un-examined truth of childhood. In Ender’s Game, the adults manipulate every aspect of his environment in order to “train” him to be humanity’s savior. In doing so they take all illusion of control away from him and replace it with enormous responsibility. Not so different from the mandate children receive to grow up and “follow their dreams” and “change the world”. Being a child is in many ways perilous, in social terms, in terms of physical safety, but also in terms of holding the weight and promise of the future.

But enough about me, if you haven’t read it, Ender’s Game is one of the seminal science fiction works and follows young Ender Wiggin who, hated by his sadistic brother, over shadowed by his sister, agrees to go to Battle School where the Earth’s most talented children are placed into groups and participate in fight simulations.  The odds are stacked against him, and things get gruesome at times…but what holds the reader’s interest., as well as the adults observing Ender, is the question of his character and psychology.

The book received much praise and critical acclaim, but also has some strong objectors, primarily due to claims of glorified or excused violence. In fact, some have gone so far as to compare Ender to Hitler (now what does that say about my connection with the character!). The book was violent, in a way that I would never have read this during my teens. That seems true of more than half the successful YA books written today and forgiveness of a violent hero is nothing new. Think Richard III or Achilles or even Gilgamesh.

If you loved Hunger Games, you will love this book. But other people will probably love it to. If you read it, based on friends and the Internet’s reaction, you will probably love or hate this book. And you know how the song goes “love me or hate me it’s still an obsession.” I don’t exactly know why I’m trying to sell it though, since I think I was one of the last people to get around to reading it.

For further reading and reviews:

There’s a lot more on the internet. I promise.