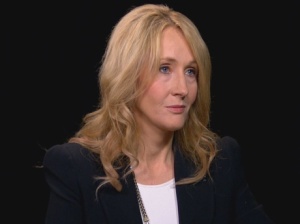 This morning, my grandfather emailed me a link to watch a recent interview of J.K. Rowling on Charlie Rose. Papa, in his own words, is one of the only people in America who hasn’t read the Harry Potter books, but I think he likes watching J.K. Rowling interviews because of her extreme success.

Watching this interview, reminded me of how much I like watching them too. J.K. Rowling on the Oprah Winfrey Show is permanently saved on my DVR. Not only am I interested as a HP fan and aspiring writer, but also because she comes across as a thoughtful and intelligent person.

You can watch the hour-long interview, here.

If you don’t have the time/inclination to watch, here are some of the things that I enjoyed the most: 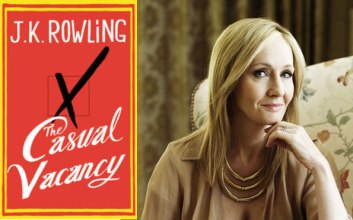 I approached reading The Casual Vacancy, J K Rowling first novel since the Harry Potter series, with a mixture of excitement and trepidation. I was eleven when I first read fellow eleven-year-old wizard Harry Potter’s story, and nineteen while reading the last book. I went to many midnight book releases and movie showings, practiced reading tea leaves with friends, and in my sophomore year of high school wrote a paper defending Ron Weasley after a disagreement with one of my teachers. Oh yeah, the paper was completely “for fun” and I wrote it over Christmas vacation. I wouldn’t say the series defined my childhood, but it certainly bookended my adolescence and will always be near to my heart. Trite but true!

I had no such expectations for The Casual Vacancy, but I did await the book with a curiousness. What would the author who had created a world so magical children slammed themselves into the brick wall between platforms nine and ten at Kings Cross to find it – come up with next. What would she make of the real (or shall I be cute and say “muggle”) world?

Not much apparently. Many reviewers are focusing on the intense social commentary within the novel. This is a fair focus. The central plot, if there is one, centers around an election for a recently available parish council seat – the closing of vital treatments to the poor side of town is what is at stake. Other reviews have highlighted the incredible darkness of the book, which I also find fair. However while there is drug use, child abuse, rape, self-mutilation, a plethora of swear words, and other nefarious activities, these are not the focus of the book. They are background activities.

Although I found the book, to it’s credit, very readable, it seemed to me that a central message was on the cruelty and darkness of human nature. In an effort to make her characters complex, to me they all seemed overtly flawed. Transcending race, religion, social class and gender not of the characters were relatable or engaging. In a clear contrast with the clear good/evil lines drawn in the Harry Potter series, the message of this novel seemed to me: if you aren’t magic you are screwed.

Most people would probably consider this Rowling’s 8th novel, but I see The Casual Vacancy as a clear case of second book syndrome.  Rowling wrote the Harry Potter series much like a single book. She planned the whole thing before she started writing the first book, and wrote the epilogue to book 7 before Sorcerer’s Stone was published.

Second book syndrome obviously means different things to different authors, but is in it’s most general terms the difficulty a published author has writing a second book. I’ve heard it characterized as (1) having difficulty writing on a deadline driven timeline; (2) fearing you only have one good story to tell; (3) giving in too much to what your publisher/agent/audience wants and expects of you; and (4) trying to redefine yourself by writing the exact opposite of what your publisher/agent/audience wants/expects of you. In this book I think Rowling is suffering from 2 and 4. Also, I think the book would have been much more tightly crafted with a stronger editor.

Rowling can obviously write whatever she wants. Aside from considerations of free speech, she has enough money that public reception no longer matters except perhaps to her ego. I am not disappointed with the Casual Vacancy, but I will expect more from her next book.

I can recommend or advise against reading The Casual Vacancy. I suspect most diehard Harry Potter fans will, just to see what is up. And while it contains no of the literal or figurative magic of the boy wizard series, fans will feel comfort in the familiar language and tone within the language of the book. 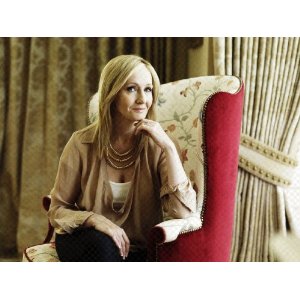 When JK Rowling announced in February that she was writing a new book for adults, I was pretty much the last person on the planet to find out. Seriously check our twitter account, I found out like maybe two weeks ago. Why didn’t anyone tell me? I guess they thought it was such big news that there was no way I hadn’t heard about it. Well when I saw that JK Rowling was a trending topic on WordPress yesterday I decided to employ the good old fool me once fool me twice rule and make sure I didn’t miss the news this time.

So, you probably didn’t hear it here first, but in case you were unaware lots of new information was released yesterday about the new book. The title is “The Casual Vacancy” a 480-page novel aimed towards adult readers. 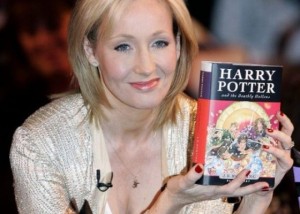 Here’s what Little Brown Book Group posted about the book on their website: “When Barry Fairweather dies unexpectedly in his early forties, the little town of Pagford is left in shock. Pagford is, seemingly, an English idyll, with a cobbled market square and an ancient abbey, but what lies behind the pretty facade is a town at war. Rich at war with poor, teenagers at war with their parents, wives at war with their husbands, teachers at war with their pupils…Pagford is not what it first seems. And the empty seat left by Barry on the parish council soon becomes the catalyst for the biggest war the town has yet seen. Who will triumph in an election fraught with passion, duplicity and unexpected revelations?”

Although it is a far cry from the wizarding world of Harry Potter, it sounds pretty intriguing to me (a politically-minded Anglophile). I don’t know if I would have been more excited by something more similar to her previous books. Harry Potter was a very important character and series in my life and the part of me is longing for more of the same, even if it doesn’t stand up to the original. I think this is behind my adoption of The Hunger Games and Twilight series. Another part of me is glad that this book won’t have to compete with the crazy popularity and magic of HP. Either way I will be excited to pick up a copy on September 27th. Is anyone else up for a midnight book release?

What do you think – do you wish the book was like Harry Potter or are you happy with this description?

Also do you think she should be publishing under a different name? I’ve heard people say this, but I don’t get it.