This weeks Marry Date or Dump requires a dash of imagination and a pinch of internet savvy. List which site you would marry date and dump in the comments below. Why am I still explaining this? You know what to do! 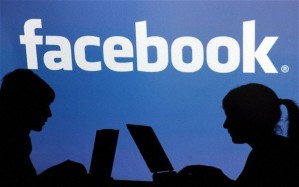 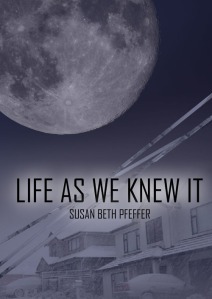 In Life As We Knew It, by Susan Pfeffer, sixteen-year-old, Miranda, records her family’s struggles after a meteor strikes the moon in her diary. It is a slightly disconcerting book to read, while waiting for the “Frankenstorm”, but I still thoroughly enjoyed it … and made my mother go back to the grocery store to get a few more cans of black beans. Just in case.

The book succeeds on three levels, which in my book is pretty impressive. Level one, is what I like to call The Anne Frank Test. Which is to say that even in the midst of terrible tragedy/upheaval Miranda is a believable teenager who still cares about boys, her appearance, and her hair.

Level two, consists of a believability of the natural disaster/end of the worldish setting of the book. I don’t exactly understand the science of what would happen if the moon was knocked off its normal gravitational route. But I believe Pfeffer’s description, from the changes in the weather to medical epidemics and emergencies. The government and social responses also seem believable to me.

While Miranda tries to survive with her mother and two brothers, all of them show moments of great bravery, and moments of moral weakness. Their complex reactions draw on each character’s history and position with in the family.

The third level of success is that the book deals with complicated issues and doesn’t try to simplify them.  Religion, divorce, social responsibility, gender roles, and facing death all play prominent roles. Perhaps the thing I had the most trouble with, was the unexamined and accepted fact that men would survive better in a true disaster. However, the fact that it was unexamined seemed to me to make a stronger statement than if they had talked it to death. In fact, it seemed to mirror global gender issue I was constantly learning about when I worked at Save the Children (sons being fed more than daughters in food crises, parents unlikely to seek medical help for their girls, etc.).

Life As We Knew It is by no means a new favorite of mine. However, it was an almost perfectly constructed, interesting, and fast-paced read. If you have a little time and inclination, I can recommend it. Now back to building a wall of diapers to keep the basement from flooding!

This morning, my grandfather emailed me a link to watch a recent interview of J.K. Rowling on Charlie Rose. Papa, in his own words, is one of the only people in America who hasn’t read the Harry Potter books, but I think he likes watching J.K. Rowling interviews because of her extreme success.

Watching this interview, reminded me of how much I like watching them too. J.K. Rowling on the Oprah Winfrey Show is permanently saved on my DVR. Not only am I interested as a HP fan and aspiring writer, but also because she comes across as a thoughtful and intelligent person.

You can watch the hour-long interview, here.

If you don’t have the time/inclination to watch, here are some of the things that I enjoyed the most:

They are everyone’s favorite vampire royals. If you HAD to marry, date and dump each one, which Voluturi would you choose for which role? Let me know in the comments. People with reasons get extra credit! 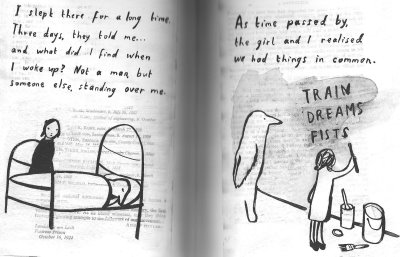